Finding dates using apps like Tinder, Bumble, and OkCupid has become a norm in the dating scenario. All of these apps follow the same concept with some minor changes. However, a new player in the market aims to change the same old concept of swiping left or right and finding “matches”. Venchur is that new kid on the block that’s ditching the whole traditional online dating system.

Creator Nick Poninski built Venchur not to find “matches,” but to find actual dates. After analyzing that an average person spends nearly 80 minutes a day to get four dates, the developer team then created a platform that will change the game of online dating.

In Venchur there is no space to give a picture of yourself nor can you see a picture of your potential date. Instead, you’ll be able to create a virtual avatar of yourself using the in-app tools. You can choose how your eyes look, how your beard looks, and choose your face shape and skin tone. It’s a bit like designing Apple’s Memoji! 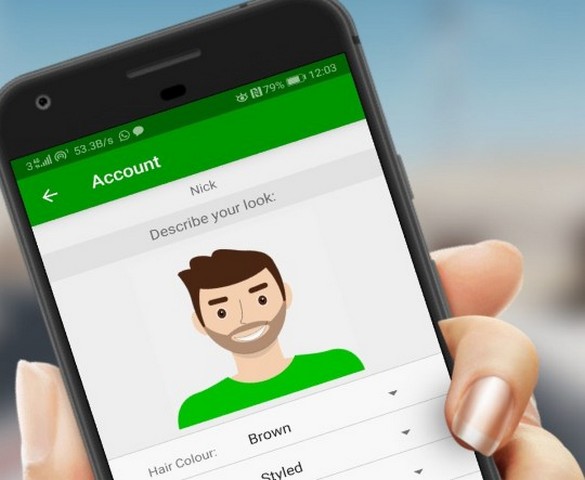 Now I hear you asking “how will I know what the other person will be like then?”. Well, there is a space to briefly describe yourself and other than that, you won’t be able to provide any additional information.

That’s what Poninski does because he thinks traditional dating apps create much bigger problems by giving users the option to provide pictures. Indeed, it gives the user the possibility to fish by modifying the images provided on the platform.

“Many different factors affect how a person looks in photos, so while a photo is helpful, it’s not a perfect alternative to meeting in person.”, says the creator.

No personal email too?

Now when you find someone interesting, you can’t even send them a personal message. Instead, you can send a request providing simple details like where to meet, when to meet, and how long the date will be. If the person refuses the request, there is no way to get back to them and if they accept it, congratulations, you have an appointment! 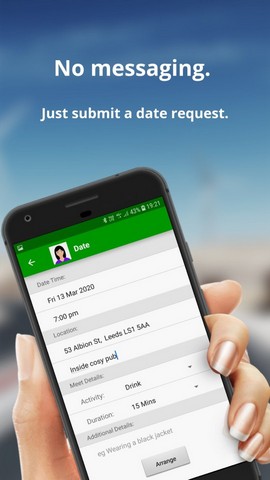 Now another problem that could be a hindrance would be – how will you know that the person you are dating is not a bastard or a weirdo? Well, according to the creator, no one can know what the other person will be like unless they meet in person. So if someone is a creep or even a secret serial killer, they can also use other dating apps to target individuals. Well, you can’t argue with that statement now, can you?

The creator thinks this new way of dating will work the way dating works in real life. Nick says, “We think it’s likely that most dates won’t work out. But that’s also true in real life, so you really don’t lose anything.

Well, if you’re brave enough to experiment with your dating situation, you might as well get the app. Wait for April and get it from here. Also, let us know your experience in the comments below.